1 intervened postcard
22 negatives, one of which was the final poster image
1 contact sheet of these 22 negatives

Remains of the action

Description of the action

Description of the action

“1992 was a year of great splendour. After fifteen years of intense aerobic exercises and a good face-lift, Spain was ready to show itself to the whole world as the queen of Europe.
Public-Art, as a model company in the sector and to commemorate the thirty-second
anniversary of its birth, decided to join the “facelift” operation
and launch its most emblematic image in an international campaign.
During that year thousands of posters were pasted on the streets of Madrid, Barcelona, New York and Amsterdam; emblematic capitals of the contemporary cultural scene”.

In 1992 Public-Art was basically my alter ego. Things have changed a bit over the years and Public-Art has started to live on its own and to get out of my hands, so I couldn’t say the same today.
Public-Art’s existence up to that point had been rather discreet, but that year the passion for festivities and commemorations infected us all and I decided to publish the poster Public-Art 1960-1992, Thirty-two years of experience in the field of visual communication, intended for an international audience.
The posters, about a thousand, were pasted in Madrid and New York during the summer and in Barcelona and Amsterdam at Christmas. These trips were not expressly organized and the cities were not chosen beforehand for the action, they were simply vacation trips that I took advantage of to take and paste my posters.
For me this was one of the actions in which I have felt more free since in the gratuitousness of its conception, I did it for the simple pleasure of doing it, and in the process of its materialization I did not need anything or anyone to complete it; and yet it was effective, and as these lines show, it still is.
After the circuit of the four cities and to close the work definitively, I edited a postcard in which an image of each of the stickers appeared and which was sent by mail to friends, admirers and the specialized public.

BACK TO THE ARTIST
CONTACT US
SKU 00085-7 Categories Artists, Nieves Correa, Performances / Actions 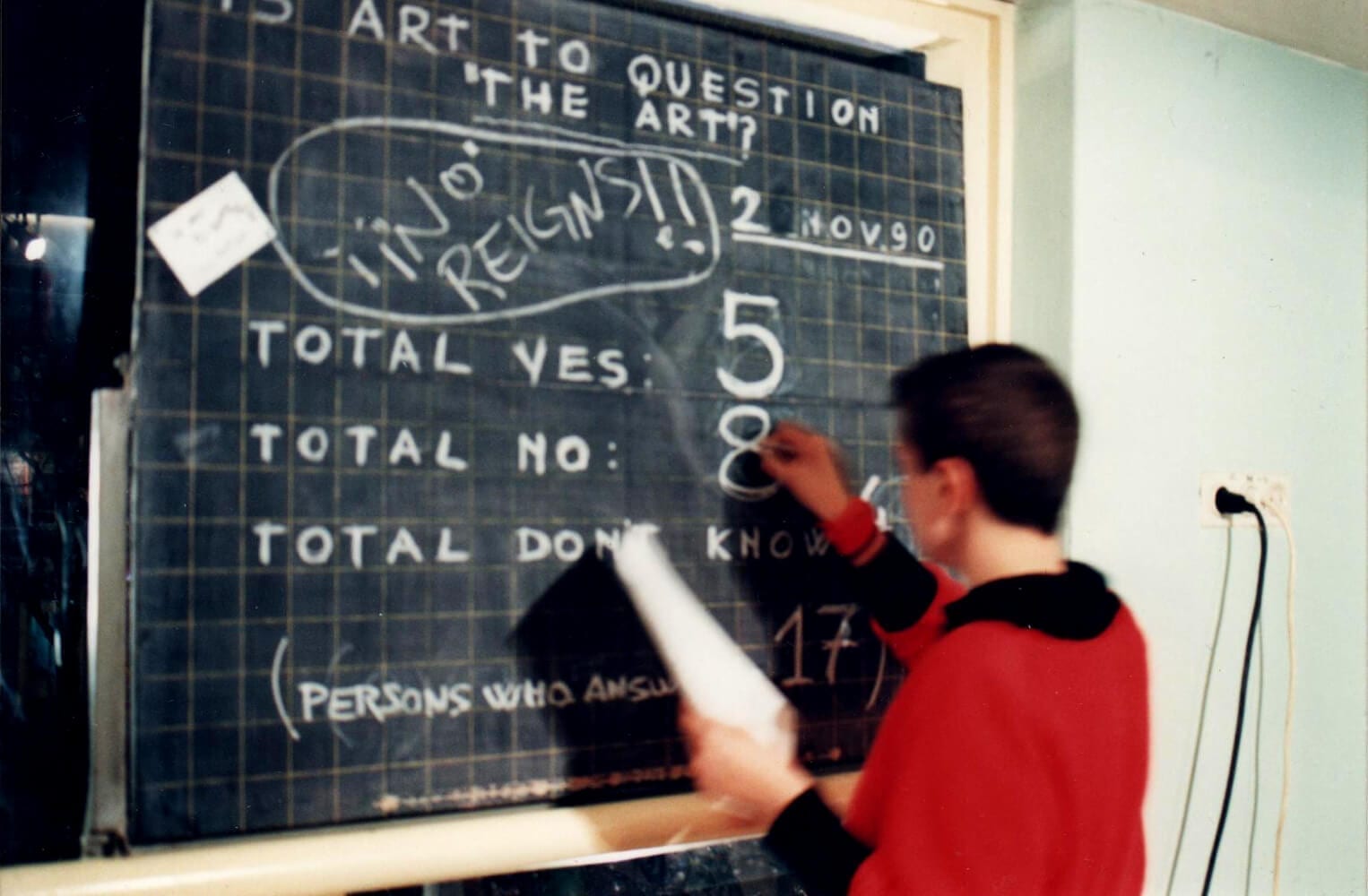 Nieves Correa, Is Art to question the Art? 1990 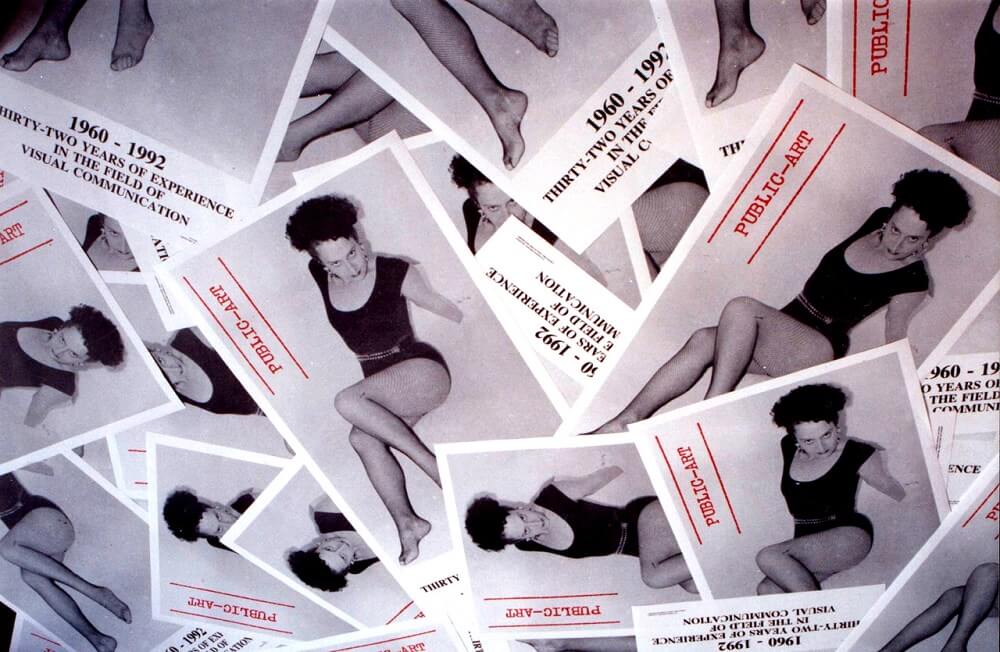 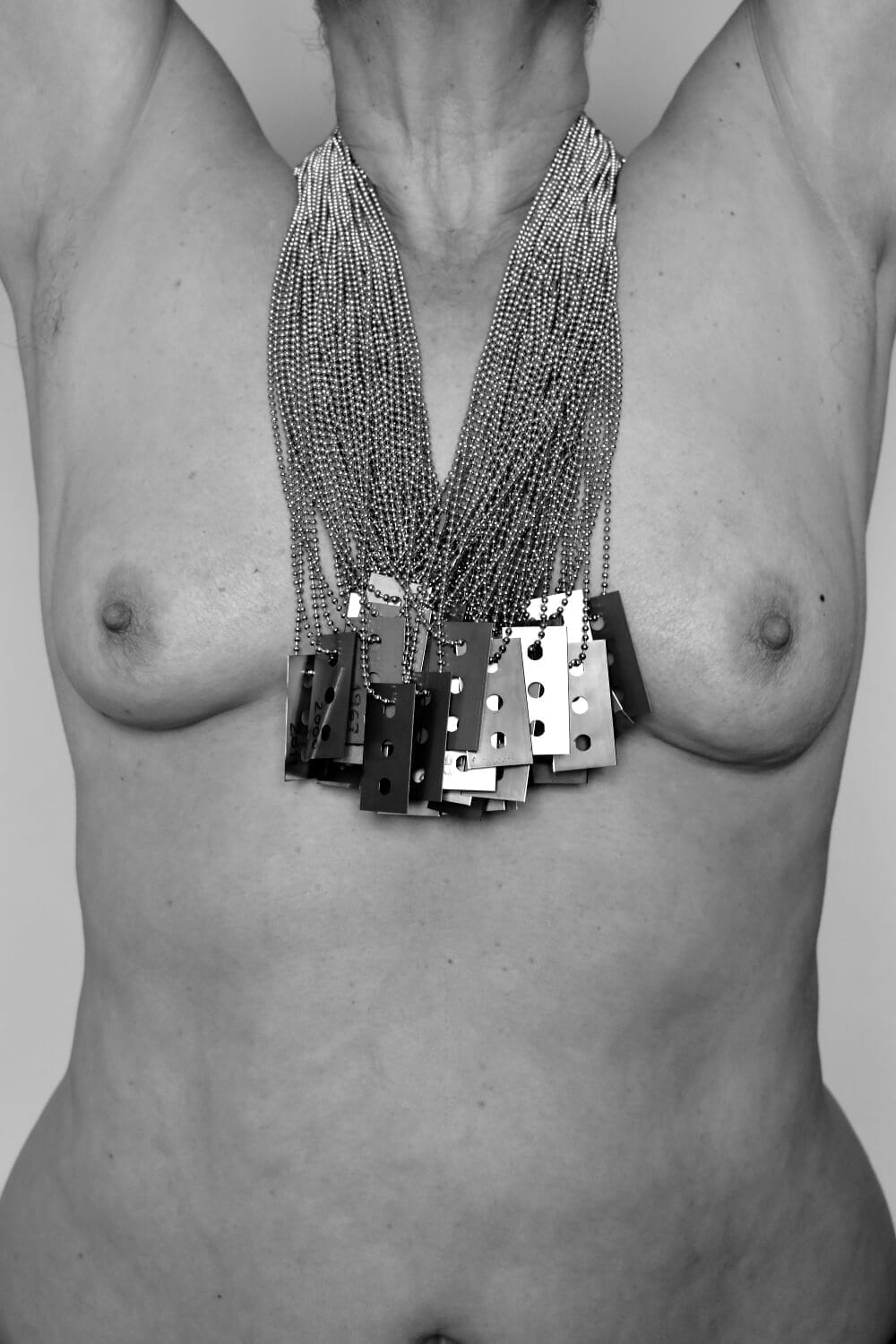 1.650 €
Add to cart
We use cookies to ensure that we give the best user experience on our website. If you continue using this site, we will assume that you agree. Settings Accept