In this series of works, Denys Blacker analyzes the limits of phenomenal reality, where there is a quest to redefine our own experiences of the extended self and where the clear boundaries between self and other, inside and outside, material and immaterial dissolve. At the outer limits of scientific discovery, our dualistic way of looking at the world is crumbling, and there are mysteries and anomalies that can only be expressed metaphorically and artistically. The separation between arts and science has become porous in a very interesting way. Scientists are working alongside artists to investigate many things, including creativity, intuition, and imagination. In the works The Periodic Table, Blacker analyzes both the metaphysical aspects and the geopolitical implications of matter and the material; ‘Mater’ or mother is at the root of both words. In these short performances for the camera, Blacker examines the prosaic narrative of the material, as well as the mystery of matter in a quantum state, where all the rules change and matter is described as vibration or energy. (Maia Creus, 2018)
Neon is a chemical element with the symbol Ne and atomic number 10. It is a colourless, odourless, monatomic gas. In 1898, neon was discovered by William Ramsay & Morris W. Travers in London, England when Ramsay cooled an air sample to very low temperatures until it condensed into a moving, pale blue liquid. When the liquid air was reheated, the escaping gases were captured. First, they got argon, and from argon, they got neon (from the Greek word for “new”). The great distance between individual gas particles makes a colourless gas invisible to the human observer. In a similar way, powerful organizations and institutions that are controlling our daily social interactions and our financial obligations are made up of fire, unknown and hidden individuals. When Travers applied a high voltage to the gas in a vacuum flow tube, a bright reddish-orange light appeared; the first neon light. Despite the fact that neon is a very common element in the universe and solar system, it is very rare on earth. Still, since neon is one of three rare inert residuals left in dry air (with its implicit blue liquid state), we are inhaling and exhaling neon (with its implicit reddish-orange glow) with each new breath.

Notes for the action:

A vase full of blue liquid, a glass and an empty glass on a table.

Fill the glass with blue liquid. Fill the mouth with liquid and pulling back the head, gargle.

Spit the liquid into the glass. The blue liquid turns into a red liquid.

Repeat until all the blue liquid turns red.

BACK TO THE ARTIST
CONTACT US
SKU 00088-3 Categories Artists, Denys Blacker, Performances / Actions 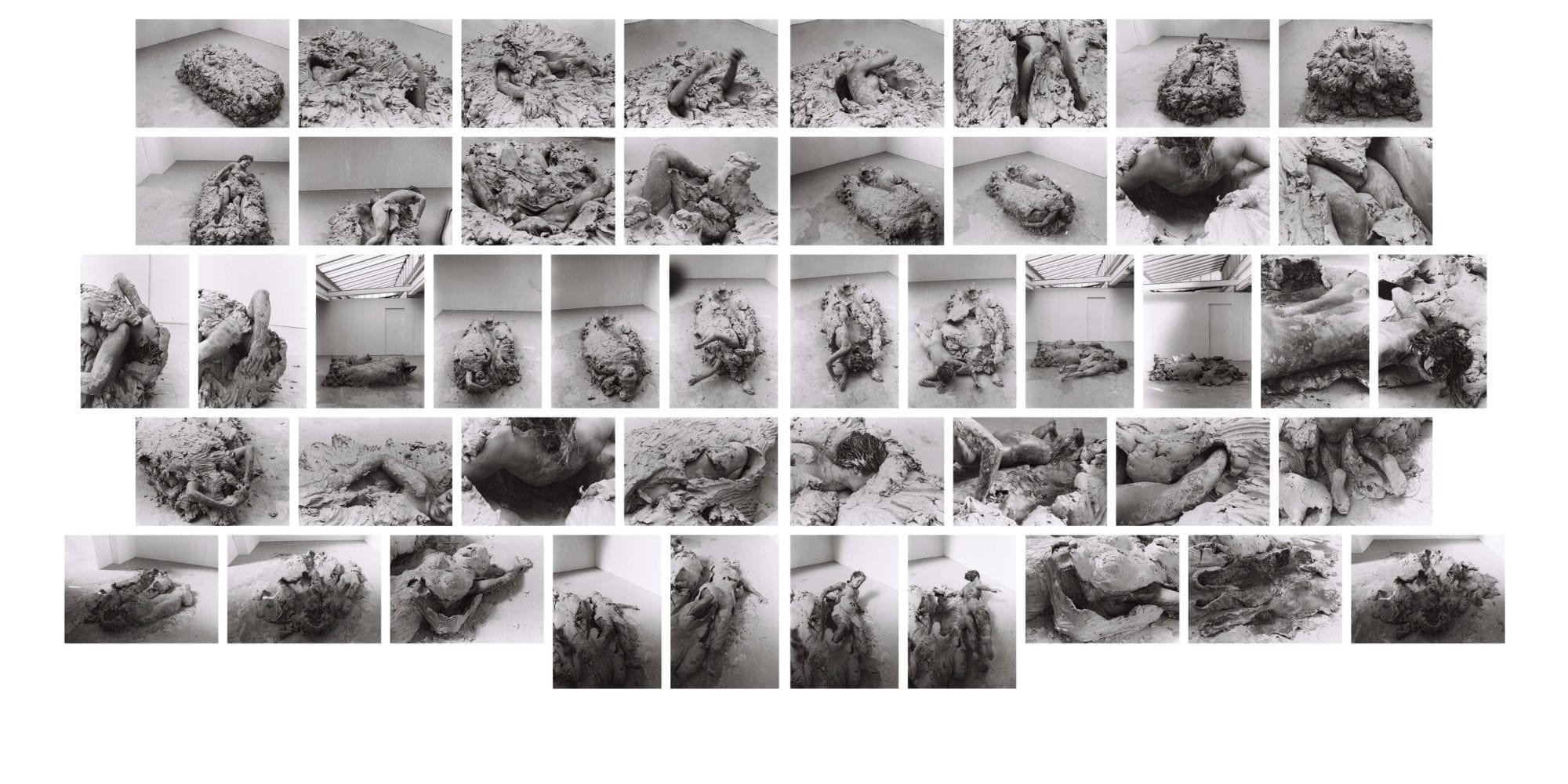 8.000 €
Add to cart
We use cookies to ensure that we give the best user experience on our website. If you continue using this site, we will assume that you agree. Settings Accept